Posted by TLC Animal Nutrition, Inc on 2/14/2018 to Customer Testimonials
Three months after I purchased him, my most beloved horse "The General" began stumbling. We tried all of the usual treatments, but improvement was minimal. Needless to say, hope was beginning to fade that I would ever be able to help him but then I found an ad for TLC Animal Nutrition and called the number...

Shortly after starting the program I saw something I thought I'd never see again, The General was galloping across the arena!  He was bucking and rearing and playing like a true horse. The sadness was gone from his eyes and he seemed more alive than I had seen him in a long time. I started to cry and laugh at the same time.

It wasn't long before I climbed up on him. We rode to the river and played. As I sit here to type this letter of thanks, I am crying and will never forget that day as long as I live. The General is now back in training. He is happy and healthy and he thinks I'm god!

My second Horse "Bo Dunnit" was often uncontrollable. Following an awful accident that might have ended his career (but fortunately didn't) I contacted Clare at TLC Animal Nutrition about his behavior. I changed his feed and followed her suggestion for the right supplement. He is now able to concentrate and his movements are more controlled. He is a real sweetheart and I couldn't be happier.

Last but not least, there is "Jumpin Jack" who has had injections in his hocks, stifles and fetlocks. He is 17 hands and loaded with potential, and I wasn't willing to give up, so again turned to TLC Animal Nutrition for advice. He now gets the same program as The General. Shortly after starting, I noticed a definite change. He was learning to use all four legs again. Jack had never shown in an arena but three weeks after starting the program, I took him to his very first show and he won every class! I was so excited, it was days before I could sleep again. To date, I have been to seven shows and Jack is acing them all!

Today I am counting my blessings, as one by one, I see their health, their strength and their spirit return. Thank you so much for all your time and knowledge, without this program we could never have done it!

With love and gratitude,
Gini T. 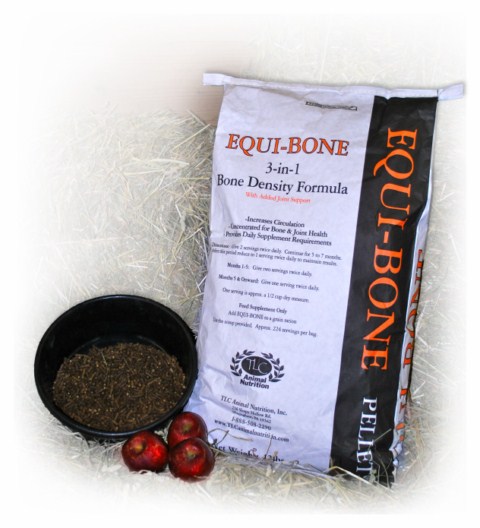