Posted by TLC Animal Nutrition, Inc on 10/23/2017 to Customer Testimonials

We hope that you find encouragement in the story that follows:

"Shortly after purchasing my gelding, I had him checked by several vets. We took x-rays and that told the story - this was my gelding's worst nightmare! He had multiple holes in both front feet and I tried all of the conventional treatments but there was no improvement. I was told to consider surgery on both front legs, because in his condition he would soon have to be destroyed.

Feeling desperate, I took a chance on something a friend had told me about. I called TLC Animal Nutrition and started him on several products that are specifically designed for horses with this issue. Two weeks after I started the program he was sound. Six months later I had more x-rays taken, the vet said it was a "miracle" and I have to agree!! "Angel" has taken me to the state finals each year. Very impressive for a horse that may have otherwise been destroyed.

I had such great results with the first horse, I purchased another problem horse that I saved from certain death. This horse is fourteen years old and has been lame for more than half his life. Again x-rays confirmed five holes in the front foot. But this wasn't his only problem. This horse could barely shuffle off at a fast walk, he literally smelled rotten, had a very bad hair coat and was loaded with large and small strongyles. The former owner sold him to me for one dollar and was sure he would never walk a sound step again. Again I contacted TLC Animal Nutrition for a recommendation.

Today I have two healthy horses and would like to share with everyone, if it hadn't been for TLC Animal Nutrition products, their knowledge, and my persistence and faith in God, these horses would not be here today. I know there are many nutritional companies out there, but I just can't pull myself away from the correct and honest information I get each time from TLC Animal Nutrition."  - Kathy S. 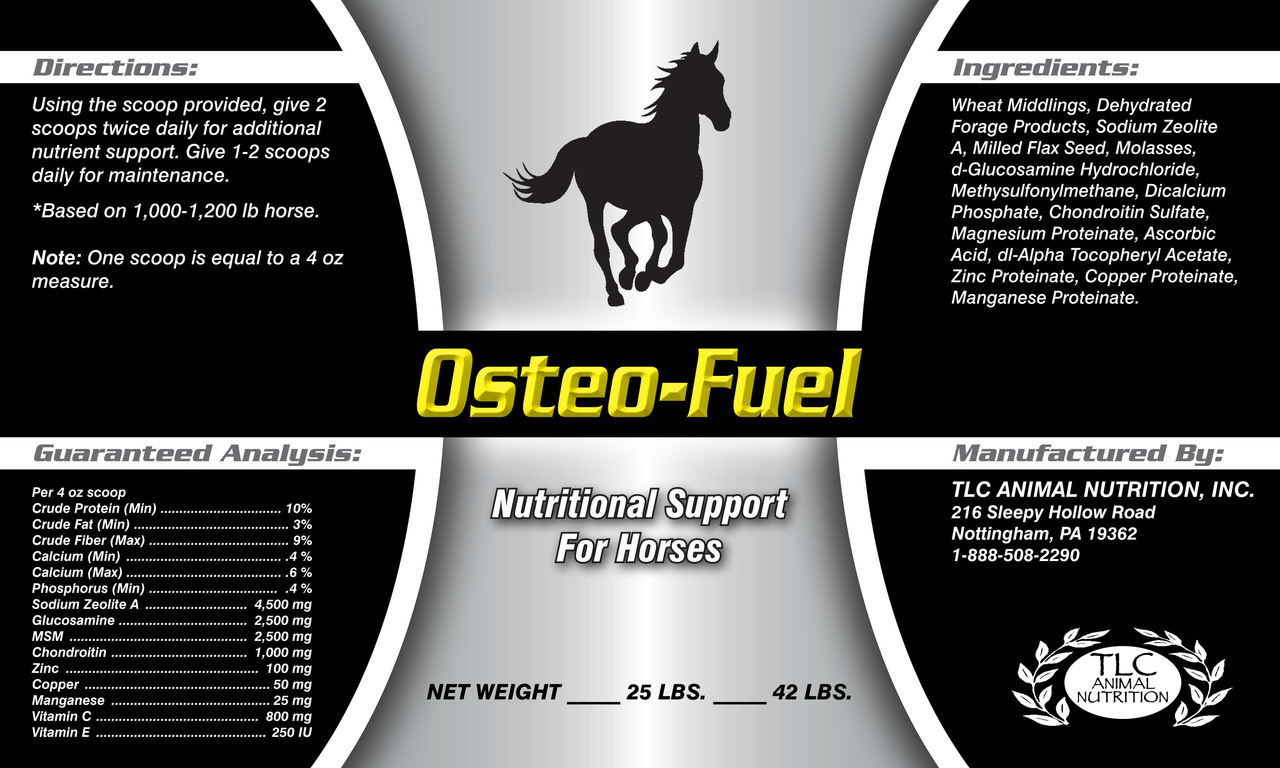 OSTEO-FUEL - Support the Collagen Aspect of Joint Health - Back In Stock and Available To Ship Today!